Not alone in brain injury 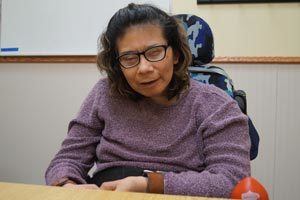 Lenia, 44, was in a car accident over 20 years ago and has a brain injury as a result. She has been with Opportunity Partners ever since. She enjoys drinking, tea, cooking, exercising at the gym, listening to music, and taking classes at OP. Some of her favorites are Leisure Rec and Nutrition and Fitness. During Nutrition and Fitness, Lenia and her class go to the local gym. She works on leg strength with her ankle weights three times a week. Although Lenia’s staff says, “we’re now more of a social butterfly” at the gym. Lenia wants people to know that life goes on after brain injury and hopes that her life can be an inspiration to others. 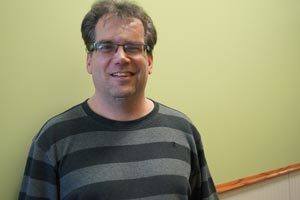 Brad, 50, also sustained his brain injury in a car accident. He says he was driving and lost control of the car. In his free time, Brad likes to go on walks and bowl. He is in a bowling league that recently came in first place! He comes to Opportunity Partners five times a week. He often helps his peers at Opportunity Partners and likes to think of himself as a “second teacher.” “I love it here. I really do,” he says.

According to paulchristomd.com, over 12 million Americans live with an acquired brain injury. Moreover, every 13 seconds, someone in the U.S. sustains a traumatic brain injury (TBI). Assault, a car accident, or falls could cause TBIs. There are at least 5.3 million Americans that live with a disability as a result of a TBI. The purpose of Brain Injury Awareness Month is to bring recognition to these facts and let people with a brain injury know that they are not alone.

Join in on the conversation on social media with the hashtag, #NotAloneInBrainInjury. We would love to hear from you!