Sven Saw: A Long Partnership with a Rich History 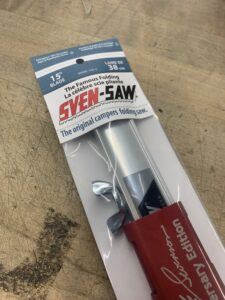 Last month, Opportunity Partners received a shipment of aluminum blades and handles, ready for assembly. The parts make up the Sven Saw® – a portable, folding campfire saw that OP has been assembling since the 1970s. Linnea Swenson Tellekson, President of Swen Products, has carried on the legacy of her father’s invention through the family-owned company.

The idea of the Sven Saw was born when Linnea’s father, Richard Swenson, was headed to the Boundary Waters with his brother. The pair came across a group of campers, one of which had injured himself with an axe. Seeing the need for a safer, more portable tool, Richard created his own compact folding saw with a blade that’s protected by its own handle. 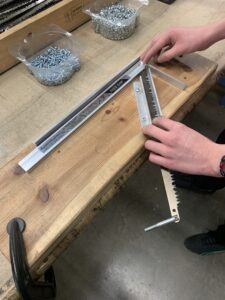 Soon after, he traveled to Seattle for the World’s Fair in 1962. He sold six saws to mountaineer Jim Whittaker at Recreational Equipment, Incorporated (REI). Jim soon ordered 12 more and became the first American to summit Mount Everest a year later.

Since the inception of the saw, the family-owned and operated company’s parts are entirely manufactured and packaged in Minnesota.

“We are very proud that the whole saw is manufactured and packaged in Minnesota,” said Linnea.

While Richard continued his career as an engineer, his sister-in-law Delores ran the new company. Linnea remembers assembling the saws alongside her cousins as a young girl in her aunt’s basement before the partnership with OP began. 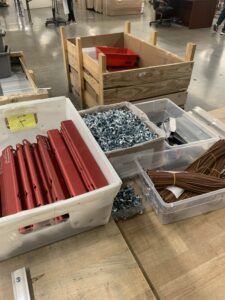 “Being a part of OP’s work is an important aspect of full inclusion in our society,” said Linnea. “We have always felt like we’re a part of the same family.”